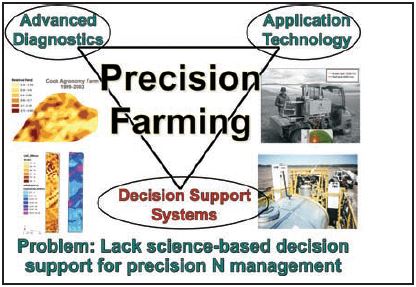 Results: We discovered that growers often divide fields into too many nitrogen management zones with the result that precision nitrogen management may not meet performance expectations. We developed methodology based on long-term, site-specific relative yields within a field that assesses the probability of obtaining a given yield outcome and consequently the field location’s suitability for applying precision technologies. We discovered that low-producing portions of fields are prime locations for substantially reducing nitrogen and seeding rates as compared to current recommendations. These results enable farmers to reduce variable costs associated with fertilizer and seed as well as to improve efficiencies of nitrogen use. 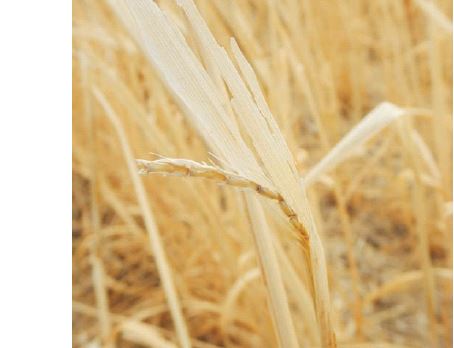 Barley stem after stripper header harvest. Kernels have been stripped from the head, leaving the rachis intact and hardly damaging the flag leaf.

Action taken: Long-term research at Ralston, WA, has evaluated novel cropping systems and residue management techniques to reduce soil erosion. We introduced winter triticale, which produces more biomass than winter wheat, as a rotational crop. We harvested it with a stripper header, which resulted in tall crop residues that we then managed with chemical fallow.

Results: During the chemical fallow period, tall residues remained in place and protected the soil from wind, which also allowed for maintenance of seed-zone soil moisture. Average wind speeds at the soil surface in tall triticale residue were onethird of the wind speeds measured over reduced-tillage fallow. These reduced wind speeds can help reduce wind erosion and dangerous dust storm events.

Growers have embraced the stripper header, as it allows them to harvest faster while maintaining crop residues. Since the initiation of this phase of research, stripper headers have been adopted on thousands of acres in Washington’s low-rainfall production zones. Many of the growers who have recently purchased stripper headers are in the process of transitioning to no-till production, which will continue to benefit the sustainability of our cropping systems. 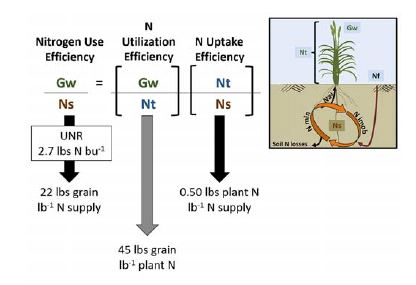 Issue: Precision nitrogen management often emphasizes the development of prescription maps that are the basis for variablerate nitrogen applications. However, we lack performance criteria to assess if precision applications achieve crop-performance goals.

Action taken: We developed performance criteria including yield, grain protein, and nitrogen use efficiency to classify the within-field performance of wheat, including the results of precision nitrogen management strategies.

Results: We found that performance outcomes that resulted from precision nitrogen applications based on prescription maps varied considerably within management zones. This indicates that nitrogen management prescriptions could be further improved within precision management zones currently used for winter wheat. The performance classes we developed are a useful tool to assess crop outcomes with respect to farming goals and provide a framework for expanding the assessment of other performance goals such as water-use efficiency, revenue, greenhouse gas production, and soil erosion.